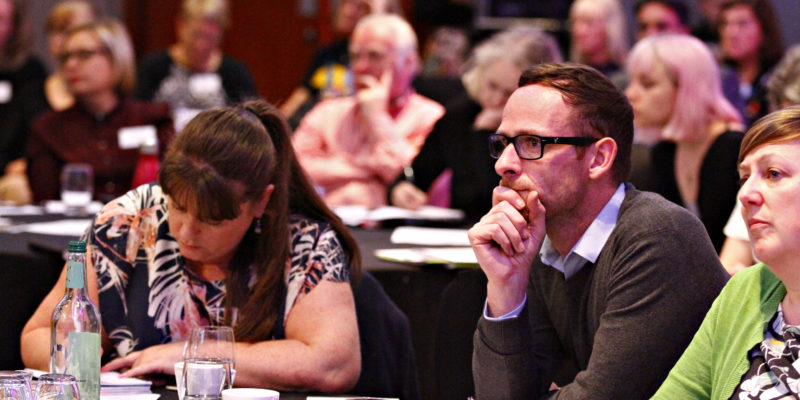 One in four people may experience a diagnosable mental health condition in any given year.

In 2015 VHS began exploring what smaller voluntary health organisations had to say about mental health. They told us their role is to ‘catch those people who have often fallen through the gaps of mainstream services or support.’ That led VHS to significant and ongoing work in relation to loneliness, social isolation and mental health. Together with our members we played an important role in helping to shape the Scottish Government’s loneliness and social isolation strategy, A Connected Scotland (published December 2018) and VHS is an active member of the Scottish Government Implementation Group. In 2019 we started a new piece of work in collaboration with Support in Mind Scotland, to shine a light on the very neglected area of older people and mental illness (beyond dementia).

Marie-Amélie’s blog: Because we’re only human after all

On the importance of social connectedness for mental health and wellbeing Mental Health has been a taboo for a long time. It is encouraging to see the topic going up the agenda and becoming a subject of lively conversation, not just amongst professiona …

My Experience of Smoking and Mental Health I’ve come to work for ASH Scotland on the IMPACT Project, which provides important information on the effect of smoking on mental health; information which I, as an experienced Support Worker was unaware of be …

Loneliness and social isolation, funding challenges and partnership opportunities were to the fore of discussion at our workshop on mental health and social support in Stirling. Between November 2016 and June 2017 VHS, Support in Mind Scotland and the …

Loneliness and social isolation, funding challenges and partnership opportunities were to the fore of discussion at our workshop on mental health and social support in Helensburgh. VHS, Support in Mind Scotland and the Open University are running a col …

VHS, the Open University and Support in Mind Scotland have partnered together to present a programme of events across the country on mental health and social support, running between November 2016 and June 2017. The first seminar was held in Dundee on …

Falling Off a Cliff at 65: February and March Round Tables

Falling Off a Cliff at 65: Discussion Paper and Evidence

The Role of Culture in the Health & Wellbeing of Young People

Falling Off a Cliff at 65: serious mental health issues in later life, March 2021