You are here: Home / News / Update on the COVID-19 Highest Risk List 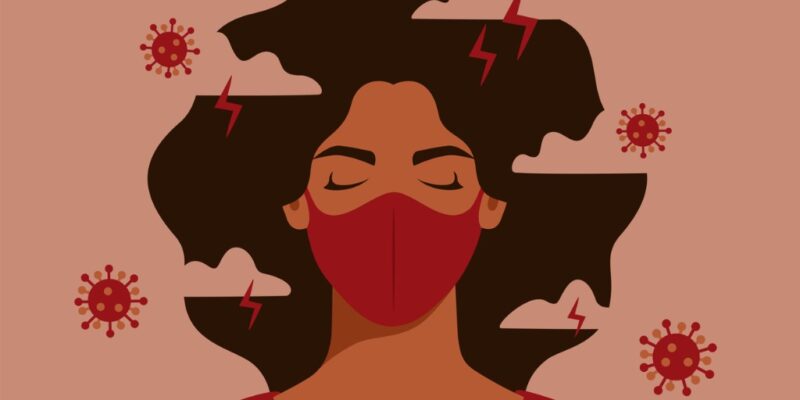 The Highest Risk List (HRL) will end on 31 May.  The Scottish Government has highlighted this is a positive step as there is no longer a need for the vast majority of people who have been on the Highest Risk List to consider themselves at any significantly higher risk.  The government’s hope is that this will enable them to adapt to living with COVID and enjoy a better quality of life.

The Strategic Framework update in February 2022 indicated that the government was considering whether people need to continue to be on a Highest Risk List given the strong evidence that people’s risk from COVID-19 has changed as result of the vaccination programme, new treatments and ongoing guidance on precautionary measures, and the same message was conveyed to everyone on the HRL in the Chief Medical Officer’s (CMO) most recent letter in March 2022.  This letter also assured everyone the government would let them know about any changes, and share the evidence used to make those decisions.

With more people initially considered at highest risk getting significant protection from Covid-19 through vaccination, combined with the ongoing negative impacts for those on the HRL in terms of physical and mental health and quality of life, the government does not expect nor want a widespread return to shielding in the future. This has been true even with the emergence of the Omicron variant and high case numbers.

The situation has changed significantly since the government created the Shielding List in March 2020, not least in terms of the more extensive and more accurate data Public Health Scotland can now access to identify people according to specific criteria, which was not available in March 2020. At that time, the government used what little was known about the virus to identify groups of people they reasonably believed to be at highest risk of poor outcomes if they caught the virus. The evidence now is that many of the groups and individuals originally considered to be at higher risk do not need to be considered as such any longer. Even those with a weakened immune system are responding to the vaccine with the recommended additional doses, but the government recognise that some immunosuppressed or immunocompromised people do still have a higher risk than the rest of the population.

In place of the list, the government has worked with Public Health Scotland to stand up a process to identify people for vaccination priority, new treatments, or additional advice, as and when needed, based on current and up-to-date data. This is likely to focus more on people who are immunosuppressed or immunocompromised. For the reasons outlined, the government believes the time is now right to end the Highest Risk List. It’s important to be clear that this decision does not mean the people who remain at highest risk will not be prioritised for vaccination, or that they will not be able to access treatments if they do catch the virus.

CMO will write to everyone on the list to:

Additional communications will issue via the SMS service and be available online.

The CMO has written directly to everyone on the Highest Risk List throughout the pandemic, and the recent PHS survey published on 30 March evaluating the Shielding Programme has shown that those letters have made a difference and people have felt supported.

They government has also published a paper today which gathers and explains the clinical evidence relating to people on the Highest Risk List and their current risk following vaccination. This document will be available to help those who are on the Highest Risk List to understand their risk and the decision to end the List, and also to help discussions with their clinicians and GPs. The main points in this paper are that:

The full paper will be available online at www.gov.scot/publications/covid-highest-risk/pages/research-about-shielding/

Support for mental health and wellbeing

We know from PHS surveys and our user research that many people on the Highest Risk List have been negatively impacted in terms of their mental and physical health and wellbeing and quality of life.  The latest PHS survey published on 30 March 2022 found that 81% of people said they were still making decisions which were influenced by fear of Covid-19 and 36% reported they were still trying to minimise all physical contact with others.  90% said they would remain worried about being at highest risk for some time.  Some people on the Highest Risk List will therefore need time and in some cases support to resume day to day interactions and activities as they adapt to a more normal way of life.

The full findings of the survey are available at COVID-19 shielding programme (Scotland) impact and experience survey – part two (publichealthscotland.scot)

The report includes recommendations about supporting the ongoing needs of people who have been on the Highest Risk List which will require a range of support.  This could be provided through the NHS, Health and Social Care Partnerships, Local Authorities and the Third Sector in order to support people to recover, rehabilitate and reconnect; and, ensure prevention of any further exacerbation of physical and mental health impacts.

The government is sharing this information so that we are aware of the potential support needs of some people on the Highest Risk List, including older people and disabled people.  We also know that around 48% of people on the Highest Risk List live in the two most deprived Scottish Index of Multiple Deprivation quintiles.  The PHS survey found that while a large proportion of respondents (77%) felt supported by being included on the HRL, respondents who were socioeconomically more vulnerable, younger than 65 years, living with children, providing unpaid care, living with an impairment or severely immunosuppressed or immunocompromised felt less supported and reported ongoing worries that will affect their quality of life.