You are here: Home / Blogs / #StayMobileStayConnected 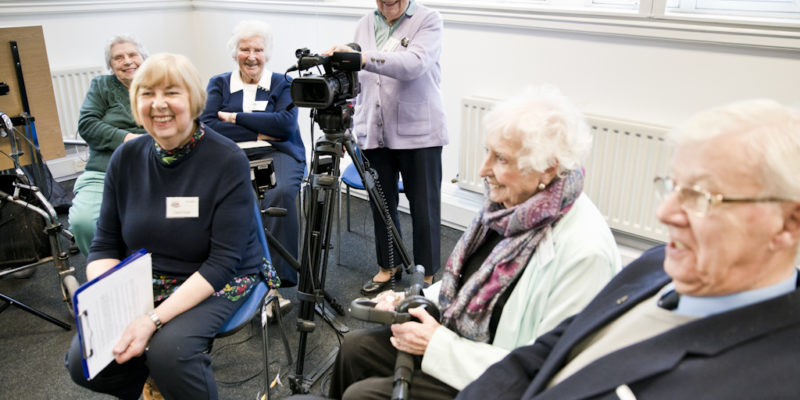 ROAR is a charity that provides preventative health and wellbeing clubs and community based projects for older adults. Their latest campaign #staymobilestayconnected has engaged and empowered older people in Renfrewshire to take the lead in a film making project. The six short films written, filmed, and produced by the older people were launched at a Fire Starter event this February.

The films that were created were a mix of encouraging other older people to #staymobilestayconnected and “behind the scenes” footage about the older people themselves. The films’ message to older people was that they should push themselves, and be brave, and join in, to “keep the old brain box going”. We shouldn’t accept that things are inevitable or just a part of getting older. The films showed the transition for some of the older people involved – the project gave them new confidence, skills, and social groups. One woman said at the start she didn’t want to be on film – but by the end was very comfortable in front of and behind the camera.

At the end of the event we were asked for our feedback from the films, and ideas on who they should be shown to, and how to reach those audiences. After a group discussion, the older people led and filmed interviews with a representative from each group to give answers to the questions. All of the feedback was positive – the groups agreeing that the films were inspiring and that they should be disseminated as widely as possible. The films showed individuality and humour, which is a welcome counter to the depersonalisation that loneliness can cause.  The project felt genuine – the older people were asking the questions as well as answering – it didn’t feel scripted. And, moreover, the films were fun, impactful, and very professional.

ROAR are hoping to share the films with older people to encourage them to #staymobilestayconnected, as well as care practitioners, youth clubs and students, and policy makers. You can watch and share the films here, and find out more about ROAR’s other projects here.