You are here: Home / Blogs / Luke’s Blog: Co-operating for the Health of the Nation 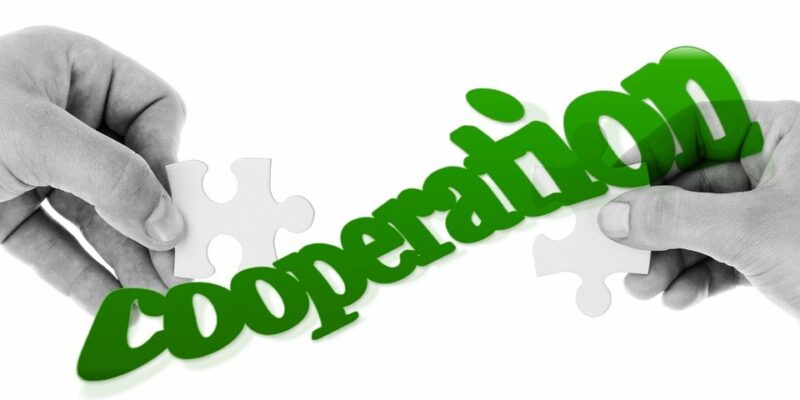 Luke Blair, VHS’s Research and Policy Intern, sets out his analysis of the implications of the new  Co-operation Agreement between the Scottish Government and the Scottish Green Party Parliamentary Group.

On 4th September, the proposed power-sharing agreement  between the SNP and the Greens received the endorsement of the Green Party members and was thus formally ratified. Undoubtedly, this constitutes one of the most significant changes in Scottish politics since the SNP entered the Scottish Government 14 years ago. Inevitably, there has been copious discussion about the recurring issues of independence mandates and the interface between climate and economics. However, with the health sector still reeling from the effects of COVID-19 and faced with the enduring problem of widespread and multifaceted health inequalities, it is perhaps most salient to ask what the implications for the nation’s health might be.

In a draft policy programme signed off by Nicola Sturgeon, John Swinney, Patrick Harvie and Lorna Slater, the two parties outlined their joint ambitions for power-sharing. As might be expected from a party with “green” as its name, there is considerable focus on the environment, which is a policy area with potential implications for health too. Expanding Scotland’s forests is one idea on the cards, which the Scottish Government hopes will proffer the mental health advantages of access to nature to more of Scotland’s population. However, improving the environment is about more than mental health, for the key issues of pollution and climate change are damaging to people’s physical health. Often, residents of poorer communities are the ones who have to put up with high pollution levels. Proposals to reduce emissions would therefore have an impact. One such proposal is to do so through transport – the two parties agree that alternatives to carbon-emitting cars and vehicles must be made more readily available to people. Patrick Harvie’s new role in government encompasses “active travel”, whereby people are encouraged to get around by foot or by bike. If successful in promoting this, there would be the twin benefits for health of reducing CO2 and harmful gasses as well as making people fitter and potentially helping tackle the obesity epidemic. According to opposition parties, however, the new roles created for the Greens were unnecessary and were goals that should have been pursued by existing ministers. They further contend that the very agreement represents a sell-out by the Greens of their ideals for a pro-independence majority government. This begs a fundamental question about the extent of their radicalism and the room this leaves for pragmatism.

Welfare proposals in the deal may also be pertinent. Indeed, there is no shortage of evidence that the poorest in society face startling health inequalities: just last month, a report by the National Records of Scotland highlighted the fact the death rate for this section of the population is 1.9 times higher than those who are comparatively wealthy. A key proposal is for “significant increases” to Scottish Child Payment, a new benefit created under new social security powers that were devolved to the Parliament. Arguably, while such powers make the Scottish Government the most powerful since the creation of the Scottish Parliament in 1999, they also shift a great deal of responsibility from Westminster to Holyrood; no longer is there an obvious excuse for failure to make real improvements. If implemented, this specific income boost would apparently go towards lifting more children and family out of poverty, a factor blamed for poor health. Due to the effects of lack of choices for, e.g., healthy food or sporting activities as well as toxic stress, health inequalities are massively linked to income. And while there are measures that would be more targeted at health, such as vouchers to enable people to lead healthier lives, money alone is one of the biggest barriers. The Green manifesto in this year’s election pledged to double the Scottish Child Payment, so it will be interesting to see what the actual are. However, it can sometimes be unrealistic to expect governments of whatever colour to keep all of their promises. Anas Sarwar points out in a speech in Parliament that Scottish Labour were already calling for increases to the Scottish Child Payment and a minimum wage for care workers, but that the Scottish Government had refused to act on these ideas.

Meanwhile, in an attempt to tackle homelessness, the focus will be on the housing sector. A new housing regulator and more restrictions on eviction would seemingly help to curb some of the worst health problems caused by living on the streets or in accommodation that is cold, damp, or otherwise dangerous. But alone these ideas would not come close to tackling the roots of the problem. There is as much to be said about what is not in the shared policy programme as what is.

Mental health also features in the policy programme and is given its own section. Several key commitments are made regarding funding: the two parties commit to increasing mental health funding to 10% of the frontline NHS services spend, with 1% going to CAMHS, a service which has reportedly been overstretched recently.  Structurally, they hope to instil more community values in services, for example by increasing provision of GP mental health services and doubling the budget for community-based services for young people.

In the complicated and highly sensitive field of trans healthcare, the Greens are proud to be seen as firm in their stances. This features quite prominently in the co-operation deal, which includes commitments to increase funding for Gender Identity Services (GIS) and organising the service in line with high demand. The commitment to bring GIS within national waiting time standards will no doubt be a boon for many who suffer gender dysphoria and are waiting to transition. A planned ban on conversion therapy would ostensibly be beneficial to the mental health of those it applies to, though concerns by some that it will inhibit certain treatments of gender dysphoria should be noted. GRA reforms which proponents argue would be beneficial to the mental health of transgender people have been protested against by the Scottish Conservatives. As issues of identity remain immensely personal and in light of contentious debate around maintaining safeguards versus removing barriers, it is therefore difficult to say what overall difference in health outcomes there will be under plans to reform trans healthcare.

Overall, what is actually accomplished will depend on numerous, hard-to-predict factors. Will it be politically expedient at a certain moment in time to try to push through any given change and will the parliamentary arithmetic be there? Are the proposals actually feasible rather than just a Santa’s wishlist for government? And will there be unexpected issues which dominate over the course of the next few years, taking up the time and resources of Parliament and government alike?