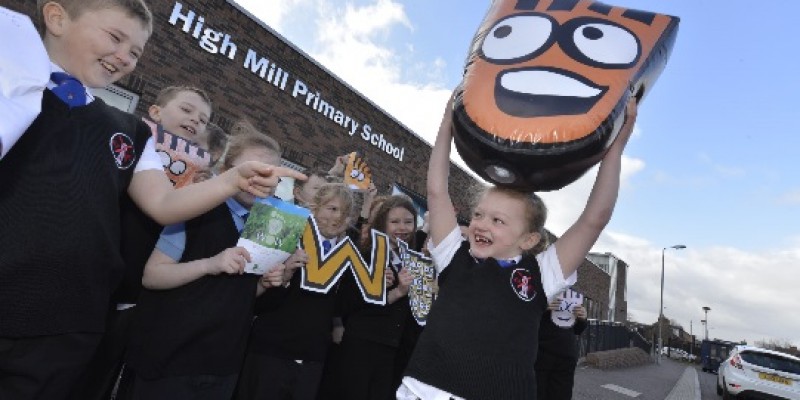 Living Streets Scotland campaigns for safe, attractive and enjoyable streets, where people want to walk. Living Streets, formally known as the Pedestrians Association, was formed in 1929. They have an effective impact on reducing health inequalities, advocating for the improvement of neighbourhoods through reduction in traffic, improved pedestrian safety, lower car speeds, and encouraging walking. The first briefing ever produced by Living Streets Scotland focused on inequalities. A picture of the early years of Living Streets

Those who depend the most on their local streets for transport, leisure and health needs are faced with the worst traffic pollution, road safety dangers and poorest quality environment: young people, older people and people in areas of deprivation suffer this inequality the most.

Walking is the most accessible form of transport because:

Living Streets have had huge success in their walk to school campaign with over 100,000 pupils taking part across Scotland. Their vision is that every child who can walk to school, does so. This early age intervention and encouragement will improve the health of the nation and in turn reduce health inequalities.

However for people to walk to school, work or in everyday life there has to be clear, attractive and safe streets.  This is where Community Street Audits are vital. These Audits involve the end users from the very start.  The audits establish what is practical and achievable and can be measured. A seemingly trivial issue such as cracks in the pavements, or high kerbs may be a major obstacle to those with mobility or visual impairments. Attractive and safe streets help to raise self-esteem for residents and promote confidence for inward investment which will help to reduce health inequalities.

The most deprived members of the population walk to work most with 45% of adults in the lowest income group walking to work compared to 13% overall. Community Street Audit improves these neighbourhoods as a priority.  Chris Thompson was clear that poor quality streets are a “massive” problem in perpetuating health inequalities as “potentially you can disconnect communities through poor streets and neighbourhoods”.

Chris Thompson also highlighted the importance of planning and how cities are mapped out in order to avoid creating health inequalities. This means making sure that people are not disconnected to start with and are encouraged to be involved in street improvements. The population needs to have safe pedestrian access to schools, hospitals, shops and other important amenities. By doing this it allows everyone to have an equal level of access regardless of whether or not they have a car. This is particularly the case in Scotland with a third of all households not having access to a car, rising to half of all households in Glasgow, Dundee and several other council areas. Equally, access to a bicycle can vary from nearly 80% in the wealthiest households to just 13% in the least wealthy households. Some of the children involved in
‘Walk once a week campaign’.