You are here: Home / Blogs / Linda’s Blog: The IMPACT of Smoking on Mental Health 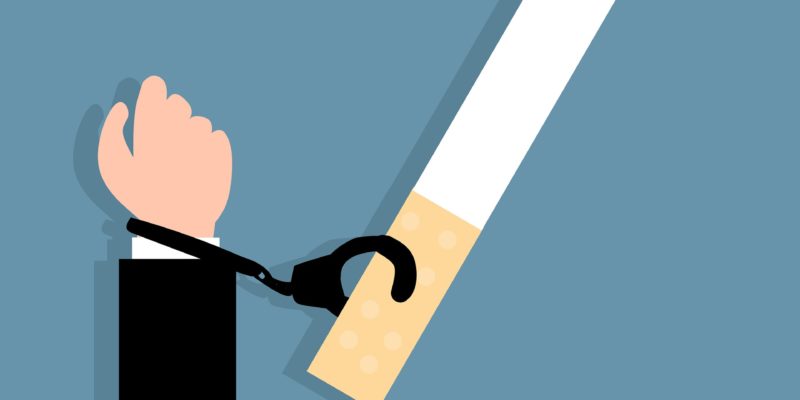 At the start of every New Year, many people decide that they’ll quit smoking – a great idea and one which can bring both physical and financial benefits.  At the start of a new decade, there’s perhaps even more impetus to do so: a determination to address and change bad habits for good.

Everybody knows that smoking is bad for physical health and wellbeing; it’s one of the most successful public health messages of recent decades, which is one of the reasons why the smoking rate amongst the adult population in Scotland is now around 19% (down from over 30% in the late 1990s).

By comparison, the effect of smoking on mental health is far less frequently discussed.  For example, smoking can worsen conditions such as anxiety and depression, thanks to the dose-withdrawal response that’s triggered by nicotine.  This can present as moodiness or irritability, when it’s actually more about nicotine withdrawal.  When you add that to concerns about where or when the next cigarette might be coming from, it’s easy to see how smoking can add to the mental burden that somebody is carrying.

Another, much less well-known, effect is that of tobacco smoke (not nicotine) on lots of mental health medications.  The Maudsley Hospital in south London is a world-leading facility for the treatment and care of mental ill-health and every few years it revises its Prescribing Guidelines in Psychiatry.  Within its 800+ pages are details about the extent to which tobacco smoke – the Polycyclic Aromatic Hyrdrocarbons, to give them their proper name – affect several of the most commonly-prescribed mental health medications (including anti-depressant, anti-anxiety and anti-psychotic drugs).  This means that in some cases, patients who smoke have to be prescribed a significantly higher dose for therapeutic effect.  This, in turn, can lead to a greater risk of unwanted side-effects, such as weight gain, drowsiness or nausea – none of which are welcome additions to existing conditions.

From talking extensively to third-sector organisations, ASH Scotland knows that these issues are seldom discussed with people in the community who experience poor mental health – and, indeed, there appears to be a lack of awareness about the connection between smoke and medications amongst health practitioners too.  It’s for this reason that ASH Scotland developed its IMPACT training around smoking and mental health: to increase knowledge about, and confidence in addressing, this challenging topic.

Thanks to funding from the Scottish Government, IMPACT training is available for free to third-sector organisations across Scotland.  The training comprises one hour of online learning followed by a two-hour face-to-face session, which can be delivered either at an organisation’s premises or at ASH Scotland’s offices in central Edinburgh.  To date the training has been delivered across Scotland to over 400 people, from Ayr to Lerwick.  So, if one of your organisation’s resolutions is to make 2020 a better year for the people you engage with, get in touch via impact@ashscotland.org.uk or phone 0131 225 4725 and let’s help make Scotland a healthier and happier place for all!