You are here: Home / Blogs / Kiren’s Blog: Meeting with the Health and Sport Committee 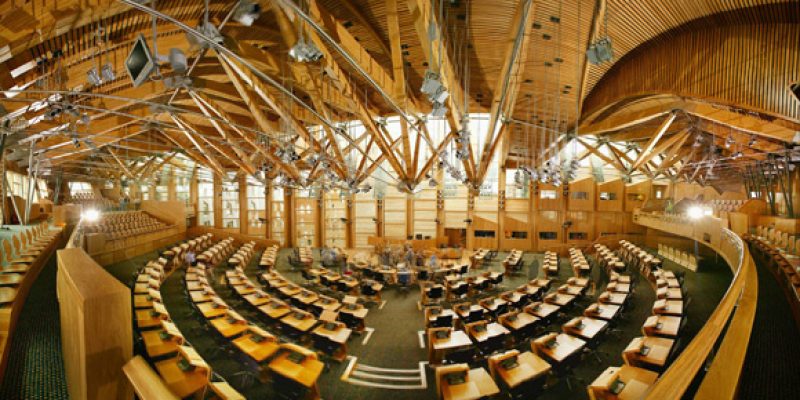 During my third week in post as the new Policy Engagement Officer at VHS I attended my first Health Policy Officer’s Network (HPON) meeting which took place at the Scottish Parliament. HPON is a peer support and networking group of policy officers based in health and is administered jointly by VHS and The Queen’s Nursing Institute Scotland – this was the network’s second meeting.

After the usual introductions, David provided us with an overview of the members of the committee and said a little bit about the Autumn Inquiries. The role of the Health and Support committee is to scrutinise and influence the Scottish Government’s policies and legislation. Of the 11 Committee members, eight are new MSPs and the majority of members have no background in health or health policy. This has resulted in the remainder of the year being used to bring the members up to speed with eight core topics in the Autumn Inquiry. These include: GPs and GP Hubs, Social and Community Care Workforce, Health and Social Care Integration Budgets, Recruitment and Retention, Mental Health, Targets and Obesity. The inquiries are created to provide information and will therefore be short with some only lasting a week and other between one and three weeks, this means that there will be little opportunity for the committee to have wider engagement with organisations, people living with conditions and service users. The committee members do however want to set up visits to speak to organisations, frontline staff and service users and those living with conditions and are being encouraged to do this within their own constituencies.

The committee have recently published their strategic vision which is set over a timescale of 15 years and will drive everything that they do. The overall aim of the vision is to improve the health of people in Scotland and promises to scrutinise all Scottish Government legislation and activity against the impact it has on health inequality and the extent to which it has a prevention focus. The 15 year timescale was decided to make sure the committee’s vision is future-proofed allowing for a focus on health improvement. David also emphasised that the committee understood the difference between efficiency and effectiveness and made it clear they would not drive up efficiency to the detriment of effectiveness. The convener of the committee Neil Findlay was also behind the 2015 Scottish Labour Party report looking at Health Inequalities in Scotland.

David also informed us that the committee has no upcoming legislative scrutiny arising from the Scottish Government Work Programme. The committee will be considering its own work programme for 2017 in early November, and there will be an opportunity to try to influence this. However, the clerk highlighted that all areas of interest raised with the committee had to be broad and strategic and in line with the committee’s focus on prevention and health inequalities. The committee were also looking at ways in which they could work with other committees and contribute to Cross Party Groups.

The HPON meeting helped provide a real insight into how the Health and Sport Committee works, their aim and their work plan as well as how we as an intermediary organisation can engage with them to raise awareness of the voluntary health sector and various health issues. It was also a great induction to life as a policy officer at VHS; learning, raising awareness, promoting and collaborating.

Kiren Zubairi is the Policy Engagement Officer at VHS