You are here: Home / Blogs / Kimberley’s blog: Looking beyond COVID 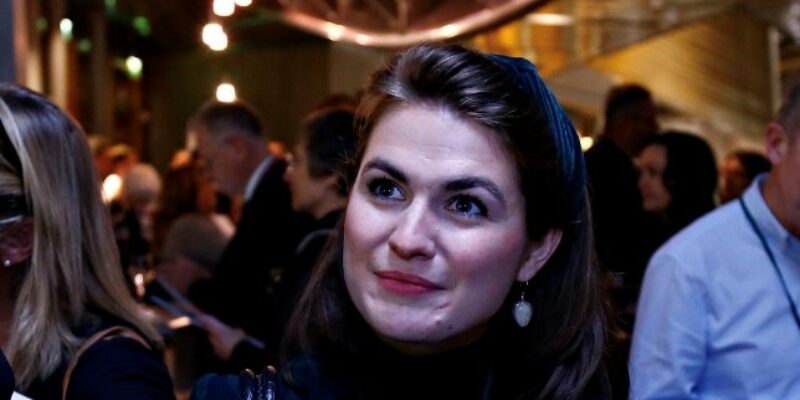 The pandemic has shone a light on the vast health inequalities which exist in Scotland. Looking beyond COVID there are a number of policy areas, including NHS recovery, which are already taking centre stage. Although the Scottish Parliament’s committees have officially formed, they are still in the process of finalising work programmes for the next five years. These will likely emerge soon, now the SNP’s Programme for Government has been confirmed. However, some key policies have already solidified their place on the agenda, such as the National Care Service, women’s health, drug misuse and the climate emergency.

NHS Recovery
NHS recovery from the pandemic is a very immediate priority following the publication of the government’s recovery plan, it has been largely acknowledged this will be a long-term endeavour. Catching-up will be a priority but there is also room for improvements made during the pandemic to be more widely implemented if appropriate, such as NHS Near Me services. A large facet of the NHS recovery will include tackling the mental health fallout from the pandemic. There has also been an increased interest in the preventative agenda. This was something already acknowledged by the previous Health & Sport Committee, but COVID has highlighted the need for better social prescribing and prevention activities. The committee’s recommendations will rely on the new parliament for implementation.

National Care Service
The Scottish Government has committed to the establishment of a National Care service, backed by a 25% increase in investment in social care over the parliamentary session. This follows Derek Feeley’s independent review of adult social care. If achieved, this would undoubtedly be the biggest restructuring the health and care system has seen since the NHS was formed. The shape of this service is yet to be decided, along with key questions on funding, what will be restructured and where responsibility will lie. The Social Covenant Steering Group set up to guide the development has already started meeting. A consultation on the proposals opened on Monday 9 August, and will close on Tuesday 2 November. Humza Yousaf plans to bring forward the necessary legislation for proposals within the first year of parliament, with hopes the service will be established within this parliament’s lifespan. The scrutiny of this work is likely to be taken forward by the Health, Social Care & Sport Committee.

Drug Misuse
The most recent NRS data reported 1,339 drug-related deaths were recorded in 2020, the worst since records began and a 5% increase from 2019. Last year’s data sparked a number of actions from government, notably a national mission to tackle drug deaths accompanied by a £250m investment over the next five years. There are four funds available for not-for-profit organisations working in the drugs sector. These include multi-year funding and cover service improvement, local support, recovery, and children and families. The Scottish Conservatives have since brought forward a consultation on their planned Right to Recovery Bill and the government continues to develop policy around the recovery agenda, both of which will likely be subject to parliamentary scrutiny. Angela Constance indicated that alcohol and drug partnerships could even be incorporated into the National Care Service. Most health policy is devolved, but drug policy has elements that remain reserved and require cross-governmental collaboration. Although focused on England, Carol Black’s independent review of drugs could have ramifications for Scotland. The UK Government is yet to respond in full to the review, but launched a consultation on widening the availability of naloxone across the UK.

Climate Policy
With Glasgow set to host COP26, the climate agenda is hard to ignore as a key priority for governments. The Scottish Government has no formal role in hosting or running the conference, but a key part of the conference will be the side events around the city. This will bring together businesses, NGOs and third sector organisations to discuss climate solutions. The health implications of environmental policy are sometimes overlooked in these conversations, but areas such as clean air policy, social prescribing, active travel and access to food are synonymous with the health agenda. The government aims to ensure 10% of the total transport budget goes to active travel by 2024-25 and has brought forward its Good Food Nation Bill. The extent to which this bill could cover access to food is yet to be seen, but it is worth noting Scottish Labour’s Rhoda Grant has also proposed a Right to Food (Scotland) Bill, with the aim of incorporating the right to food into Scots Law.

The First Minister delivered a statement on the Programme for Government in early September. It outlined the government’s priorities and legislation being taken forward this parliamentary year, including a COVID Recovery Bill. There are plans to revisit legislative proposals to restrict the use of promotions on food and drink high in fat, sugar and salt through a Public Health Bill. Additionally, the government committed to consulting on a new Human Rights Bill, which could incorporate human rights treaties for the empowerment of women, disabled people and minority ethnic people, along with a right to a healthy environment. The Scottish Parliament’s committee work programmes will play a key part in shaping the big health conversations of the day, but there is already a lot to chew over on the health agenda.