You are here: Home / Blogs / Katie’s blog: Loneliness, a threat to Scotland’s health 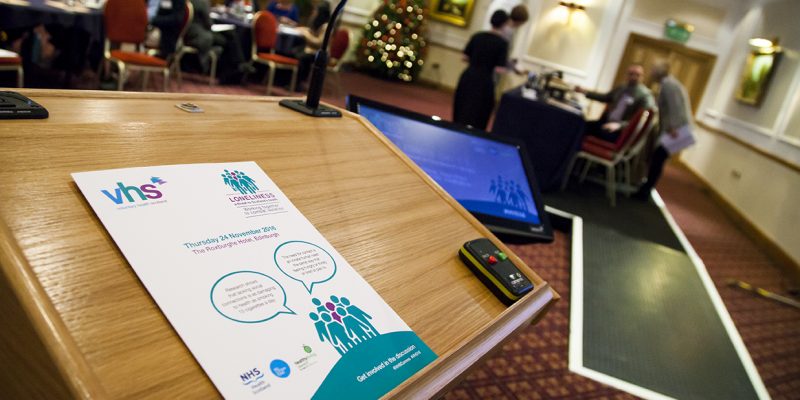 One in five of us feel lonely often or always, according to important research from British Red Cross, which describes loneliness as “an increasing but under-recognised crisis that is shortening lives and eroding the health and wellbeing of people across the UK.”

Loneliness, and its threat to public health, was a topic for keen discussion at Voluntary Health Scotland’s annual conference in Edinburgh last week. Its pervasive presence in our lives affects both our mental and physical health and is thought to be as damaging to health as smoking 15 cigarettes a day.

In VHS’ recent membership survey 86% of responders identified the impact of social isolation and loneliness on health as an important work area for VHS to develop. This clear direction from VHS’ impressive network of voluntary health organisations is further demonstration of the wisdom and intuition of the third sector, which is so often ahead of political debate in its quiet identification of need and instinctive efforts to meet it.

The conference heard from some of the vital third sector projects that are helping to make connections in communities across Scotland. Among them were efforts to support those struggling with periods of transition in their life; children who have been separated from their peers by ill-health and stigma; people whose dementia has eroded precious memories of social contact; offenders for whom the cell door is just a physical manifestation of the social isolation and disconnection that has always been part of their lives; and the bereaved who struggle to find the words to describe their feelings of loss or an audience willing to brave the discomfort of acknowledging it.

The Scottish Government, which gave a manifesto pledge to produce a strategy to tackle social isolation and loneliness, will be developing a new approach over 2017. Delegates shared their aspirations for their strategy. However, speaking later in the day, Dr Andrew Fraser, NHS Health Scotland urged them to go further still by offering to write it.

Commending VHS for bringing people together to debate this important issue, he proposed that the voluntary sector be bold by offering to write the forthcoming strategy and bring it to life by illustrating it with stories of those with lived experience.

This idea is not without precedent. ‘Gaun Yersel’, the Self Management Strategy for Long Term Conditions in Scotland, was directly informed by those with lived experience and built on the voluntary sector’s longstanding work to promote self management and support people to live well with long term conditions.

This is the business of all sectors. However, Fraser expressed his confidence in the talents of the voluntary sector to seize the momentum of the conference and take the lead on this issue.

“I think the collective wisdom in this room could write that strategy. We all know what loneliness is like at one time or another. Yes it kills, but it is primarily an issue of quality of life. And you in the third sector are particularly well placed to grip it.”