You are here: Home / Messages and Learning / Joint CPG on Health Inequalities and Improving Scotland’s Health: The Right to Health 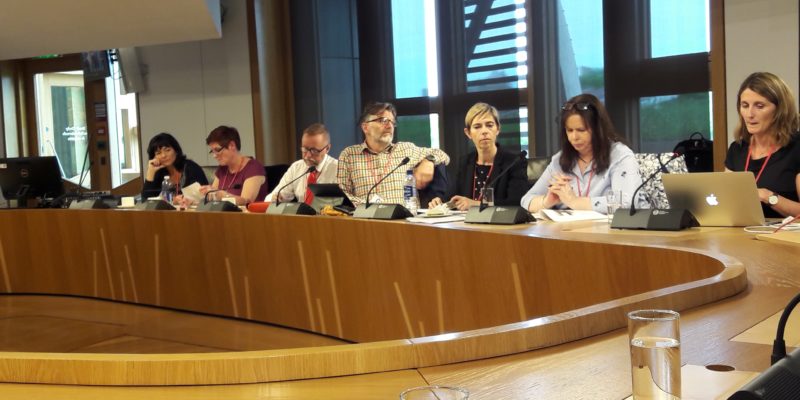 The meeting was jointly chaired by Clare Haughey MSP and David Stewart MSP.

Dr Niamh Shortt from the University of Edinburgh presented her research on how the environment shapes our health, health behaviours and resulting health inequalities, with a focus on alcohol and tobacco environments in Scotland and the role of retail density.

Hilda Campbell from COPE Scotland spoke about her work in the community in Drumchapel. Her focus on what is needed is to empower communities to affect the change that they need and want. To find a new way of doing things: by asking people what they want to change in their own area, we can empower those directly affected by clustering to be leaders of the change.

See examples of work mentioned by Hilda Campbell below: