You are here: Home / Blogs / Improving healthcare for trans people: lessons from a collaboration 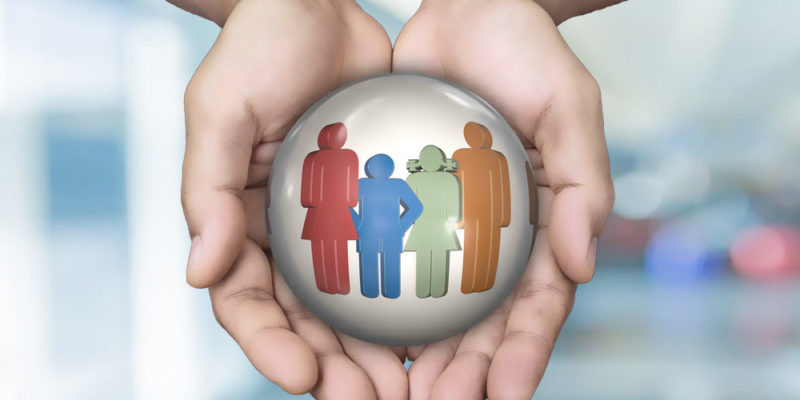 A year ago VHS organised a round table to help the Scottish Public Health Network (ScotPHN) engage more actively with the third sector. ScotPHN challenged our nineteen round tablers to help them with three very different work streams. At the round table it became clear very quickly that three of the organisations, LGBT Health and Wellbeing, Stonewall Scotland and the Scottish Trans Alliance, had a range depth of knowledge about one of the workstreams that ScotPHN did not have and that they were keen to tap into. The three organisations went on to have a significant influence over the gender identity project’s development and on 18th May 2018 ScotPHN published and sent the resultant Healthcare Needs Assessment of Gender Identity Services in Scotland report to every Director of Public Health and to COSLA.

Here we share the views of two of the people involved in the gender identity project.

There is no doubt a huge amount of very detailed and considered work has gone into this Healthcare Needs Assessment (HCNA) and it’s a report we can all be proud of. We very much hope it will be well received and will help inform and influence the development of more timely and appropriate service responses. For me, ensuring a recognition of the crucial role third sector and community support groups play in informing, supporting and empowering trans people was really key. I think without the involvement of third sector agencies this would certainly not be reflected in the report to the extent that it is. For the first time we have a wealth of data in relation to the trans population and the work of the Gender Identity Clinics, with clear recommendations on how to ensure gender identity services have the capacity to meet the healthcare needs of trans people in Scotland. And, importantly for the third sector, it comes from a source that will be seen as credible. The issue of waiting times for Gender Identity Clinics was around when I started in post 10 years ago, and not a great deal of progress has been made on this. Wouldn’t it be great to think this HCNA can help inform and drive much needed change in this area?

Alongside the positives there were undoubtedly some considerable challenges in the process, which largely came out of different organisational cultures and ways of working. So whilst it certainly felt important and really worthwhile to be involved in the Project Group, it was from our perspective not always without its challenges! And no doubt there were challenges on the side of ScotPHN, which it would be really interesting to hear about. And it would be nice to think that we could each take some learning from this. From our perspective the somewhat narrow remit of the HCNA, focused largely on NHS gender identity services, limited the scope of the research considerably, including not having full cognisance of the trans people who have not yet sought medical help, or do not feel they need medical help. This is important for third sector agencies because combined these two groups represent around 1 in 3 people who identify as trans or are questioning their gender identity. These are individuals who do not (yet) seek help through the NHS, but often do have a need for information, support and contact with peers, and are likely to approach third sector and community groups for this. Again I think our involvement helped put a bit more of a spotlight on the (healthcare) needs that fall outside the remit of the NHS gender identity services.

The Scottish Public Health Network (ScotPHN) has a remit to work with all those making a contribution to public health in its work.  VHS is represented on its Advisory Board. VHS and ScotPHN discussed how ScotPHN could better engage with the third sector, and VHS proposed an exploratory meeting – a roundtable discussion – to which organisations with a focus relevant to forthcoming ScotPHN projects (chronic pain; gender re-assignment; ophthalmology) would be invited to discuss the issues important to them and what a ScotPHN project should consider. The roundtable took place in May 2017. It was clear from the roundtable that the worlds of public health and the third sector have shared values and their ability to impact on population health is hampered by a lack of local visibility.  Both will be affected by forthcoming public health reform.  There was clear enthusiasm for meaningful co-production and shared advocacy, however, these are difficult to achieve as the two worlds find each other complex. ScotPHN agreed to incorporate the learning specific to each project area into the projects as they developed.

The gender identity project was challenging as the two sectors have different ways of working and views on what more could have been included in the scope of the work.  However, all those involved felt that it was worthwhile and are extremely happy with the final report.  The third sector representatives will produce a summary document for use by the third sector based on the report.  ScotPHN felt that the quality and the depth of the needs assessment was improved as a consequence of this collaboration. The roundtable had varying impact on the ScotPHN projects undertaken, however, the engagement itself was a very useful learning experience – one which ScotPHN, with the help of VHS, wishes to build on.  Details on further collaboration will be available soon.

Viewers of this blog may also be interested to know that in November 2017, at the Scottish Faculty of Public Health conference, Ann Conacher and I presented the collaboration as a Case Study   Rachel Thomson, lead author of the HCNA report, is submitting an abstract on the coproduction involved in the gender identity project to this year’s Faculty conference (1-2 November, Peebles) so watch out for that. You may also find the notes of last year’s round table of interest: Round Table Notes May 2017