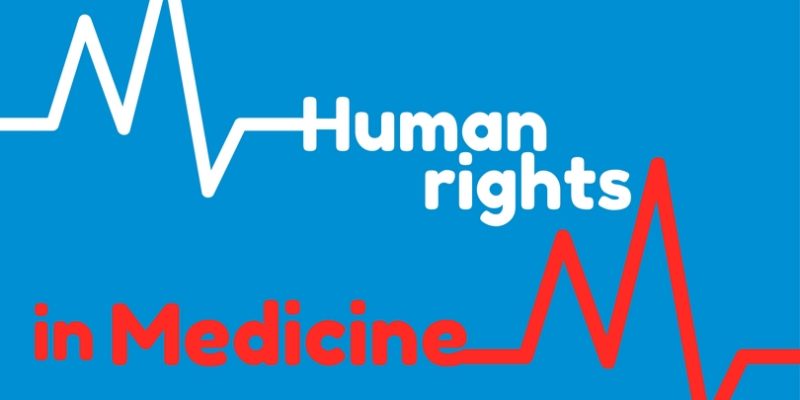 A conference on human rights in medicine at the Royal College of Physicians on 20th November 2017 gave me a lot of food for thought. Overall the Conference underpinned the efforts that VHS and others are making in Scotland to address inequalities in health, set within the context of the declaration of human rights as set out by the United Nations. These include:

Scotland, as part of its National Action Plan on Human Rights, has formed an action group, SNAP, funded by NHS Scotland to look at health and social care, now in its third year of operation. It ties in with international human rights standards – the right to health, the right to housing and the right to an adequate standard of living. Its long term goals are set out in their Year Three Report.

In the UK we do not have a written Constitution, so there is no Bill of Rights enshrined in law. While it is argued by government that our standards of health and care implicitly comply with human rights law there is nothing that explicitly sets that out. Common law can be used to address particular failings but Prof Hunt argued that having the United Nations charter on health incorporated into a Bill of Rights would give greater and more explicit protection to those in need of care. Almost every country in the world, including the UK, have signed up to this legally binding charter to health and social rights to every citizen, so there is every reason to give effect to it in the UK if we are to comply with our international obligations.

We are not alone however in not doing so, few countries have (with notable exceptions such as Italy and Sweden), perhaps because it is so broadly based. But incorporating these basic standards as of right into our own set of health regulations would be a step in the right direction. Moreover it may remove some of the need there currently is for recourse to legal challenge under common law.

Having health rights is of most importance to people who are at most disadvantage and in the worst circumstances.  It would be a small step in the right direction to reduce the inequality they currently face.

Judith also argued for a rights based approach to health setting out the care standards that people could expect. Currently, it is argued that they are implicit in codes of conduct in the treatment that is given but having a clear set of standards as of right makes it much easier to address bad practice and hold those in authority to account. It also lets people know explicitly what their rights are.

As things stand there is clear evidence that those most at risk such as the homeless, asylum seekers and the mentally ill are losing out. A rights based approach would go some way to addressing the inequalities evident in the system.

The rights of those who are dying were the main theme of the talk, the need for shared decision making with the patient, including a time when it may be right to withdraw treatment and allow the patient to die comfortably. Over- treatment can prolong pain and suffering in situations where there is no possibility of recovery. It is an extremely sensitive area especially when the pleas of relatives to continue treatment may cause unnecessary distress to the patient.

Prof Taylor also touched on areas where common sense can be overridden by the need to achieve medical targets that can be measured.

Underlying all standards are values that the interests of patients comes first even in extreme situations. There is no question of inducing death but at times trying too strenuously to keep the patient alive may be the cruellest option. End of life care extends to allowing life to end

The difficulties of getting the right treatment in rural areas was powerfully described in areas like the North West of Scotland where over hundreds of square miles there are few GP’s and even fewer specialists. Here too there is obvious inequality of access to the right treatment.

Prison suicide rates here and in the USA are rising alarmingly. However, remarkable results have been obtained by a special programme where trained inmates counsel other inmates in distress. In areas where it has been tried the suicide rates have been greatly reduced.

There is still much work to do to address inequality. There is some evidence of progress in the greater awareness of where the problems lie but too little perhaps in making the lives of those actually living with it better. There is much talk of addressing the problem but as yet, despite a lot of good intent and evidence of compassion for those it trouble, action on the ground is sporadic, uncoordinated and having too little impact. Sadly Scotland remains among the least healthy countries in Western Europe.

Norman Craig is a member of the VHS Board. He is a long-standing volunteer with the Samaritans and also volunteers at Edinburgh Royal Infirmary