You are here: Home / Blogs / Eric’s blog: Building an Alliance to Tackle Overweight and Obesity in Scotland 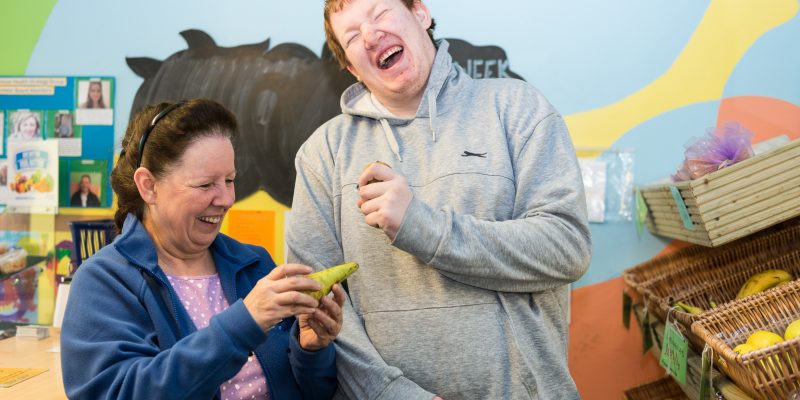 On 22nd April 2016  representatives from NHS Boards, NHS Health Scotland, medical professions, networks, the voluntary and community sector, further education institutions and government agencies met at the Royal College of Physicians and Surgeons in Glasgow. The purpose was to discuss whether a new Alliance was needed to tackle overweight and obesity in Scotland.

The meeting took place against the context of the recent announcement by the Chancellor of his intention to introduce a ‘sugar tax’, and the ‘ticking time bomb’ of diabetes in the community at large. (No pun intended!)

As a first activity, attendees were asked to mark up on a flipchart “what matters to me in tackling overweight and obesity?” Answering from a VHS perspective, I indicated that  this problem, like many others, disproportionately affected people in disadvantaged communities, and that these were exactly the sorts of communities that voluntary and community health organisations were best placed to reach and help.

The first presentation was given by Dr Andrew Fraser of NHS Health Scotland, who, in answering the question, “how are we doing so far in addressing obesity in Scotland?”, replied “not well”.

Trends in overweight and obesity were going in the wrong direction. We are facing an epidemic because the majority of the population are now overweight. Not a lot has happened on the Obesity Route Map (ORM). It needs to be revived. Dr Fraser believes that we need to create conditions so that Scotland recognises that it has a problem, and whereby different things can be tried and gotten on with. In his opinion ‘everything matters at every level’.

As far as an Alliance is concerned, Dr Fraser thought discussions would have to focus, amongst other things, on:

Dr Fraser’s own preference would be for there to be a small core of members at the heart of the alliance, rather in the same vein as the UK one. This would allow the body to focus on a few key issues while, at the same time, allowing members to ‘do their own thing’ outside of the Alliance.

Dr Fraser reiterated that he thought the priority was to create the right conditions for action and he stressed the urgency involved.

The next presenter was Lorraine Tulloch, Programme Lead, Obesity Action Scotland, who explained why the event had been called. She thought that the main issues the Alliance, if set up, should focus on should be prevention and the Scottish diet. Another question was how this Alliance sat in relation to the other alliances that already exist (on, for example, physical activity)?

Phil Mackie, Lead Consultant with the Scottish Public Health Network (ScotPHN), spoke next, stressing the need for an Alliance to get to grips with the complexity surrounding obesity and overweight, to understand it, and to work with it in a realistic way. He thought an Alliance was needed because of the political dimension of the problem. Co-production was essential too, but he expressed concern that if the agencies charged with addressing the issue failed to co-produce, how could the public be expected to get involved? He saw a local advocacy role for public health managers in supporting the new Alliance.

He highlighted the problem of sustainability associated with so many aspects of the issue (such as how would the world population be able to feed itself and livestock if over-consumption continued apace?)

Sheila Duffy, Chief Executive of ASH Scotland, was the final speaker. Sheila talked about the difference being involved in several alliances, including international ones, had made to efforts to tackle tobacco use. In particular, the alliances had allowed ASH Scotland, amongst other things, to get maximum impact from limited resources, to tap into expertise, and to be part of a collective voice. They also challenged ASH Scotland to continually refresh their thinking. Sheila explained that the tobacco alliances had worked with other ones at times too, including those focused on drugs and alcohol.

After Sheila spoke, there was a group activity to examine the appetite to establish an Alliance to tackle obesity in Scotland. A lot of discussion took place about the name it should take as it was agreed that anything with ‘obesity’ in the title was likely to put people off. It was thought that the Alliance should focus on obesity policy and that the ongoing work on devising a public health strategy provided an important opportunity to address this issue. It was suggested that the Alliance was needed as a space in which to bring interests together to have hard conversations.

At the end of the meeting, although there was consensus that an Alliance was needed, there was less agreement on what it should do and what it should be called. Obesity Action Scotland undertook to go away and do more work on this, drawing on the views expressed at the meeting.

Eric Samuel is a Trustee on the VHS Board.

Photograph taken at the Broomhouse Fruit and Veg Coop in Edinburgh, by John Buckley.