You are here: Home / Blogs / Claire’s blog: the future of public health, bicycle or frog? 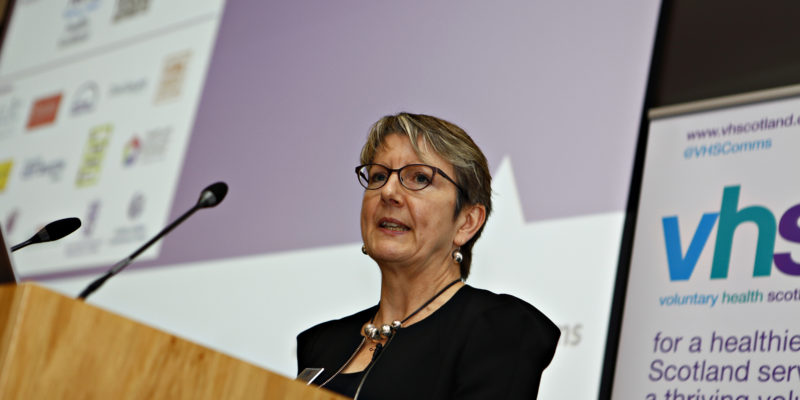 “Gentlemen, we have run out of money. It’s time to start thinking” nuclear physicist Ernest Rutherford famously said. Addressing health inequalities shouldn’t be Mission Impossible, but we need to be bold and act as though time itself has run out – because it has for those already living in the health inequalities gap.

So started a blog I wrote in 2015, when VHS was going all out to raise awareness about the substantial differences in health outcomes between our most and least deprived communities. Simply put, you’re likely to get sick earlier and for longer and die younger if you are poor. Health inequalities are not inevitable: economic and social policy plays a large part, but three years on from my blog the average life expectancy in Scotland is still significantly lower than elsewhere in the UK and the rest of Western Europe.

If nothing much has changed, why am I now talking about public health, bicycles and frogs? It’s because public health is seen as the key to tackling the socio-economic determinants of poor health outcomes and supporting a shift towards preventing ill health in the planning and delivery of public services. An ambitious programme of reform is underway, led by Scottish Government and COSLA and involving many other stakeholders, including third and community sectors.

But what exactly is public health? We all know what a health service is but unless you’re a health professional, you are likely to be a bit hazy about public health. You might think it’s to do with sanitation, clean water and environmental health. At a push you might think about infection control in hospitals or communicable diseases. A useful definition is: “The science and art of preventing disease, prolonging life and promoting health through the organised efforts and informed choices of society, organisations, public and private, communities and individuals”.

Put like that, you can see why public health is the third sector’s business as much as that of NHS and statutory bodies and why we are key stakeholders in the reform programme. Whereas the NHS might talk about health improvement, health protection and health service improvement, we are more likely to talk about community health and wellbeing, person centred approaches and advocacy. Think about a charity like Waverley Care, busy reducing new HIV and Hepatitis C infections, getting people diagnosed, supporting those affected, challenging stigma and promoting good sexual health. Or Nourish Scotland, campaigning for food justice by both supporting grassroots community efforts and influencing national policy and legislation. Or Streetwork, who know that people struggling with homelessness find it difficult to access services so go out and meet with people where they are, including on the street.

In December a new agency, Public Health Scotland, will pave the way for a whole system approach to public health for the first time.  But what kind of system do we need? This was the question some of us debated in  November 2018 at A Place to Be, the new public health leadership programme. We realised that ‘whole system’ means very different things across the public health community and we came up with some metaphors. A bicycle is an efficient machine that can get you from A to B in a straight line and at speed, provided it’s well-maintained. Each of its components has a clear role and if one part breaks it can be removed and repaired or replaced and the bicycle will work again. In contrast, a frog is a dynamic living system that grows, develops, is inquisitive, learns (and sometimes makes mistakes). Its parts are organic, relational and inter-dependent – you can’t take a frog to bits and put it back together again. You can see where I’m going with this. But what if the system could be a frog on a bicycle? Wouldn’t that ensure public health had the best possible chance of rooting out health inequalities and fostering healthier, happier communities? Efficiency combined with dynamism, agility, collaboration and strong relationships. Welcome to the frog on a bicycle.

Claire Stevens is Chief Executive of VHS and a member of the Public Health Reform Board, the Protecting Scotland’s Health Commission and the Scottish Public Health Network Advisory Board.

A version of this blog first appeared in Third Force News