You are here: Home / Blogs / Claire’s Blog – Measuring the Success of the Government’s Health Debate 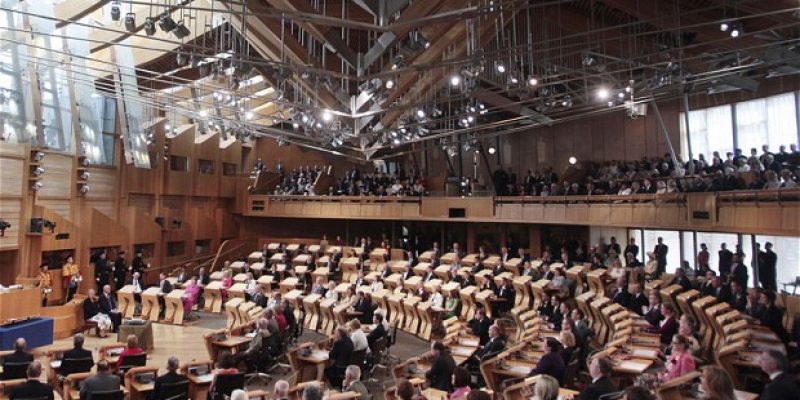 Cabinet Secretary for Health Shona Robison led the Scottish Government’s Parliamentary debate on health on Tuesday 7th June. VHS went along to the public gallery to listen, mainly to hear the Cabinet Secretary but also to get the measure of our new MSPs’ interest and perspectives on health.

Shona Robison opened the debate by saying that the Government has a mandate to ensure health and social care remain at the top of their agenda. She would not shy away, she said, from the difficult issues of improving population health, tackling health inequalities, ensuring parity between mental and physical health, and shifting the balance of care to people’s homes and communities.  Improving the population’s health and addressing health inequalities were economic and education issues as much as a health issue. She pledged cross-portfolio working: “A healthy population and returning people to health are key to economic prosperity”. She cited the outcomes of her National Conversation on Health as an influence and the new National Clinical Strategy as health’s blueprint for the next 15 years. She restated the Government’s 2020 vision: “we will have secured our vision of people living longer, healthier lives at home or in homely settings “.

The anticipated review of the number, structure and regulation of health boards and their relationship with local councils was announced, along with measures and investment to boost workforce capacity (nurses, midwives and paramedics). The Government’s commitment to a living wage for social care workers was repeated.

What the press subsequently billed as the wholesale dismantling of NHS targets was the Cabinet Secretary’s pledge to: “review our approach to targets with a view to publishing a document on the way forward in 2016-17. An expert group will be set up to lead that review.” Cancer treatment waiting times were a recurring theme for Labour during the debate and Anas Sawar said: “a review cannot be a way of avoiding failures with missed targets. Another question that patients will ask is how long they will have to wait for the outcomes of any such review.”

Announcements in the Parliamentary debate that also got the voluntary health sector talking included the creation of 250 community link workers for GP practices, a 10-year child and adolescent health and wellbeing strategy, a 10-year plan to transform mental health care and a new 3 year dementia strategy. You might also have clocked the Conservatives’ suggestions that it was time to review universal free prescription charges and time to consider fines for patients who repeatedly miss NHS appointments (Donald Cameron). No doubt these last are ideas that our sector will be keen to debate with the new Shadow Cabinet Secretary for Health and Sport.

If you were hoping for the Cabinet Secretary herself to major on the crucial role that the third sector plays as a partner in creating and sustaining a healthier Scotland, your hopes would have been dashed. Reference to our sector fell mainly to other MSPs, who between them drew attention to a wide range of national and local charities and their work, including VHS‘s own call for a comprehensive health inequalities strategy (thank you, Labour’s Monica Lennon). Local voluntary effort was praised by the SNP’s Tom Arthur, spotlighting Recovery Across Mental Health and The Breastfeeding Network in South Renfrewshire, and the SNP’s Ash Denholm highlighted local community organisations in Edinburgh – Caring in Craigmillar and the Venchie Centre. Having defected from his previous career in the children’s charity sector, Alex Cole-Hamilton now finds himself Liberal Democrat spokesman on health and he made sure he highlighted Macmillan Cancer Support’s national cancer patient experience survey. But star prize goes to the Greens’ Alison Johnstone for mentioning SCVO, Inclusion Scotland, the British Psychological Society, Obesity Action Scotland and the Scottish Wildlife Trust in one breath. She said: “Each organisation has specific asks and a particular focus, but they share common asks too, such as mental health treatment having parity with treatment for physical health.” And we can all agree with that!

For a more intelligent consideration of the targets debate than the one offered up by the tabloids, check out Measuring Success: Principles for a New Approach to Improving Health and Wellbeing in Scotland, launched by the RCN at an event on 8th June, where Scottish Director Theresa Fyffe revealed she expects to be closely involved in the review and wants to ensure the expert group goes beyond ‘the usual suspects’.