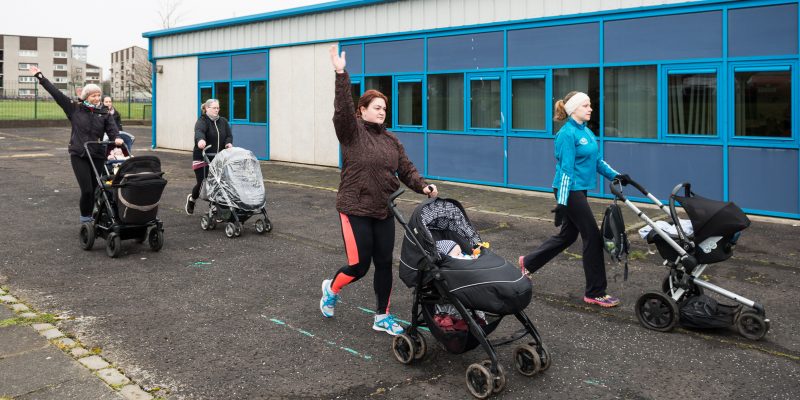 It’s the buzz word, the in-thing to say when talking about healthcare reform, the great golden ticket to a healthier Scotland.

But is it a case of all talk and no – or very little and snail-paced – action?

It doesn’t take a genius to understand that tackling the root causes of Scotland’s health inequalities is the way forward, but what it does take is a genuine change in approach and a Government and local partnerships with the guts to substantially re-allocate funds.

Part of the issue too is that a shift to a preventative approach isn’t necessarily a vote winner or a headline grabber.  It’s widely accepted that our health system can’t continue with business as usual – services are stretched to the max and a shift to an increasingly community-based system has to happen.  But people can be wary of change and positive preventative health care stories don’t tend to win votes or have papers flying off the shelves.

And it’s not that we’re not talking the talk – various publications, commentators, organisations and economists are flying the flag of prevention.  Just recently NHS Health Scotland published the ‘Economics of Prevention’; The 2011 Christie Commission report called for a focus on prevention and early intervention; world-renowned health academic and author, Professor Sir Michael Marmot, was the first to bring the social determinants of health to the forefront, highlighting that it is these that must be addressed before health inequalities can be a thing of the past; the Scottish Government has just published a summary report of its ‘Creating a Healthier Scotland’ conversation with respondents echoing support for a focus on preventative measures and early intervention, applied equally to mental and physical health.

With health and social care integration hailed the biggest thing since sliced bread – or rather, since the creation of the NHS – the prevention cogs are at least starting to turn.  VHS recent engagement with Audit Scotland following their first Audit of integration, reported slow progress, with integration authorities struggling to get to grasps with their finance and governance, let alone deliver substantial change in services on the frontline.

But good things come to those who wait and a health care system with a focus on prevention clearly isn’t going to happen over night.

Until then, let’s continue to work with each other and across sectors to make it happen. Start by joining us on 25th May – we’re holding a post-election ‘In Conversation with Pennie Taylor’ event to reflect on the result of the Scottish election and gather views from the voluntary health sector on what lies ahead with a new government in place.  Book you place here.

Also, to the right of this blog you’ll see our latest poll which asks if you value national conversations as a means of engagement – do you find them meaningful?