You are here: Home / Blogs / Julie’s blog: Calling Time on Alcohol and Ageism 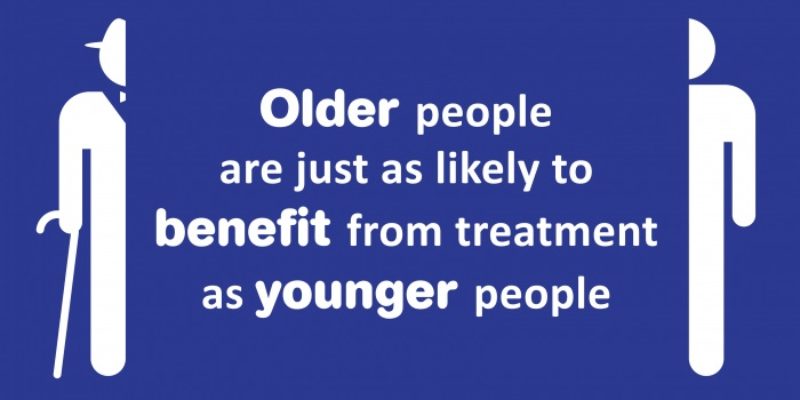 Just before Christmas, Drink Wise, Age Well launched ‘Calling Time – Addressing ageism and age discrimination in alcohol policy, practice and research’. A report which presents evidence of practice and service provision that is in breach of the 2010 Equality Act and effectively stops older adults who have an alcohol problem receiving the help they need.

Having worked for many years as an alcohol practitioner I have often found myself feeling frustrated by the barriers and stigma shown towards older people with alcohol problems. This has ranged from various health and social care departments shunting people between services as they were either ‘too old, too complex, unwilling to engage…’ to other treatment decisions that are in effect a form of ‘writing people off’ due to their age. As a practitioner this just became the norm and something you had to ‘navigate’ in order to get the best possible outcome for the person you were supporting.  The welcome arrival of the 2010 Equality Act meant that, for the first time, people could not be discriminated against due to their age and widened protection to not just employment, but to goods and services.

The world’s population is ageing. We now have a larger population of people aged over 60 than ever before. This is not just down to the baby boomer cohort and this trend is likely to continue as people live longer. At the same time across the UK older men and women are drinking more than any other age group. The latest ONS report on alcohol deaths shows a 45% increase in deaths on the over 50s since 2001 and recent figures from the National Records for Scotland showed that the number of deaths in the over 75s was the highest number ever recorded for that age-group. This increased trend in harm is also seen at a more international level. In America, a recent report on the prevalence of alcohol use disorders showed that over a 10 year period there was an increase of more than 100% of individuals aged over 65 years with an alcohol use disorder.

From a practice perspective there is concerning evidence presented in the Calling Time report. An anonymous online survey of health and social care practitioners, which attracted 152 responses,  revealed that there continues to be assumptions that alcohol problems predominantly affect younger people, older adults are ‘too old to change’ and that it is wrong to deprive older people of their ‘only pleasure’. Certainly for the majority of people, having an alcohol problem is far from pleasurable, and this is more the case in older adults where their drinking may lead to increased isolation and significant physical and mental health problems. There is also the perception that is too late to intervene with older adults due to potential life expectancy. This has never been my experience with the people we have supported in our older adults services. When the right support is in place people are motivated to make positive changes, and many experience the health and well-being benefits from doing so. Some research has shown that while older adults are less likely to access the treatment, when they do, they have more positive outcomes than any other age group.

Included in the Calling Time report is evidence from a study funded by Alcohol Research UK showing three out of four alcohol rehabs in England have arbitrary age cuts-off. Chronological age, when used as a marker as to whether someone receives a vital component of alcohol treatment is wrong and unlawful.  Why would a 72 year-old be less likely to benefit from the therapeutic environment of a rehab than a 42 year old? If this question cannot be answered with proportional and legitimate justification then we are looking at age discrimination.  Other evidence shows a tendency in alcohol services to treat the symptoms of alcohol misuse rather than the underlying reasons, a response also seen in mental health services.  People aged over 65 are six times more likely to be prescribed medication for mental health conditions than receive talking therapies.

However working in the alcohol field I believe that there is a real compassion and commitment amongst my colleagues to help people recover from alcohol problems.  I believe that there is good intention for this to happen across all ages and in some cases ageist practice is not intentional or insidious but due more to a lack of awareness and understanding. Collectively I believe we can work together to address these issues to ensure that older adults have fair and equitable access  to alcohol treatment and support as laid out in the report recommendations. This has to be done at every level from government strategy to frontline service delivery otherwise we fail to support our ageing population to live independent, healthy lives for as long as possible.

Julie Breslin is Head of Programme at Drink Wise, Age Well. She can be contacted at: Julie.Breslin@addaction.org.uk