Universal Comedy Presents: ‘The Clinic’ – An Afternoon of Serious Stand-up

Universal Comedy, a unique Scottish Charity changing the lives of people with ill health through comedy, returns to the Glasgow International Comedy Festival with ‘The Clinic’.

Showcasing Tuesday 17th March 2015 at the Centre for Contemporary Arts (CCA) and compered by professional comedian and comedy tutor Viv Gee, The Clinic – An Afternoon of Serious Stand-up will showcase the extraordinary comedic talents of Universal Comedy course participants, many of whom face ill-health, mental health and employment challenges.

This Comedy Festival show event aims to highlight the innovative and ground-breaking work Universal Comedy has developed of using comedy as a tool to improve health, mental wellbeing and employment prospects.

Since 2004 Universal Comedy has directly supported over 3,000 people and programmed more than 300 local, regional and national participant-led comedy events, showcasing the extraordinary comedic talents of people with ill health and mental health challenges.

“There are a lot of people coping with illness and emotional problems and need to get their voices heard and Universal Comedy play a big part in this. The calibre of our performers – ordinary people with no experience of performing – is outstanding and we look forward to seeing their own comedy creations in March.” 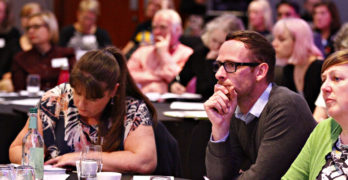 VHS Annual Conference 2022: Fair Health- Who gets it?

Processing...
Thank you! Your subscription has been confirmed. You'll hear from us soon.