You are here: Home / About us / Who we are / Maureen O’Neill 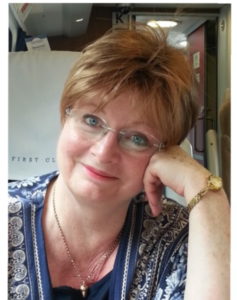 Maureen has been VHS’s Vice Chair since October 2021. She  has been the Director of Faith in Older People since 2007. Previously she was Director of Age Concern Scotland. She has nearly 40 years’ experience of working in the voluntary sector in Scotland spanning youth work, mental health, ageing and older people. She has been the Chairperson of EVOC and served on the Board of SCVO as well as several other voluntary sector organisations as well as the SSSC and NHS Quality Improvement Scotland. Maureen was the voluntary sector representative on the European Economic and Social Committee and was President of its Social Affairs Section. She has recently retired as the Chairperson of the RCPE Lay Advisory Committee and a care home and continues as a Board member of the Royal Society for the Support of Women of Scotland, a grant giving body.

She has particular interests in the spiritual care of older people, mental health, dementia and loneliness and isolation.

In 2019 Maureen was awarded an OBE for her services to older people and the voluntary sector.